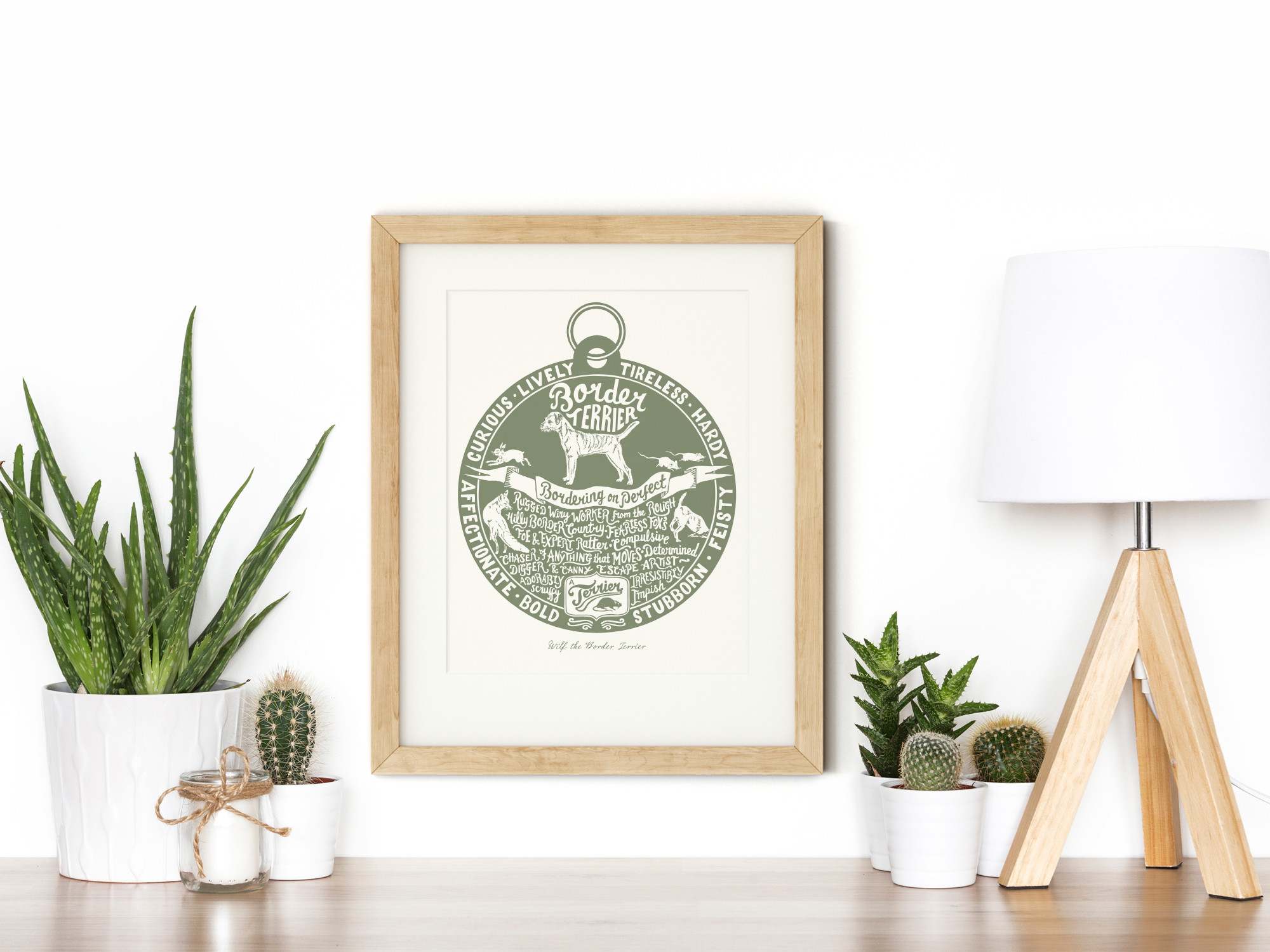 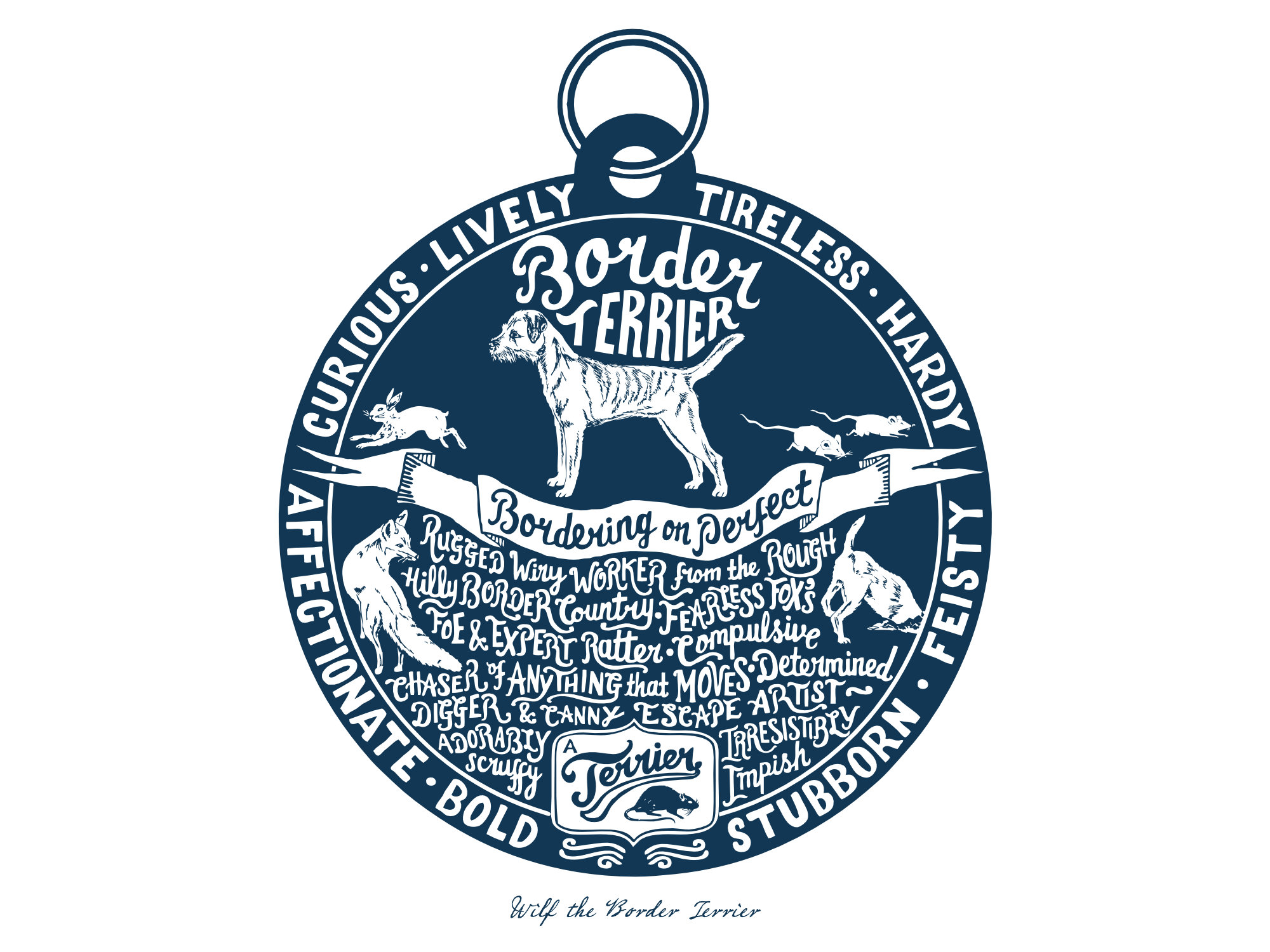 This print combines hand-drawn letters with illustration in shape of a dog tag.

Each one is individually hand-printed on my press in a green-blue ink (inspired by the Border Country landscape), and signed.

Prints can be personalised and gift wrapped. 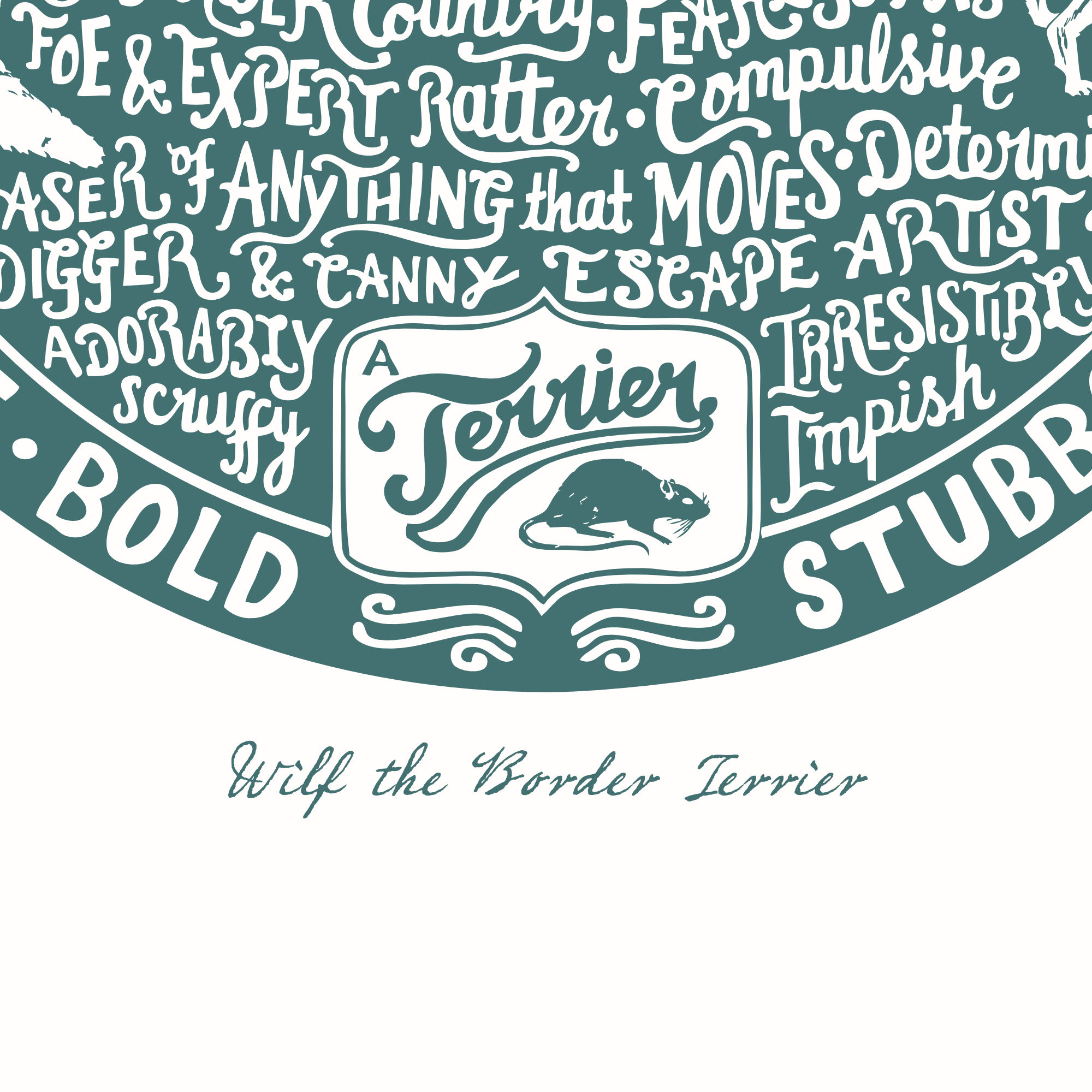 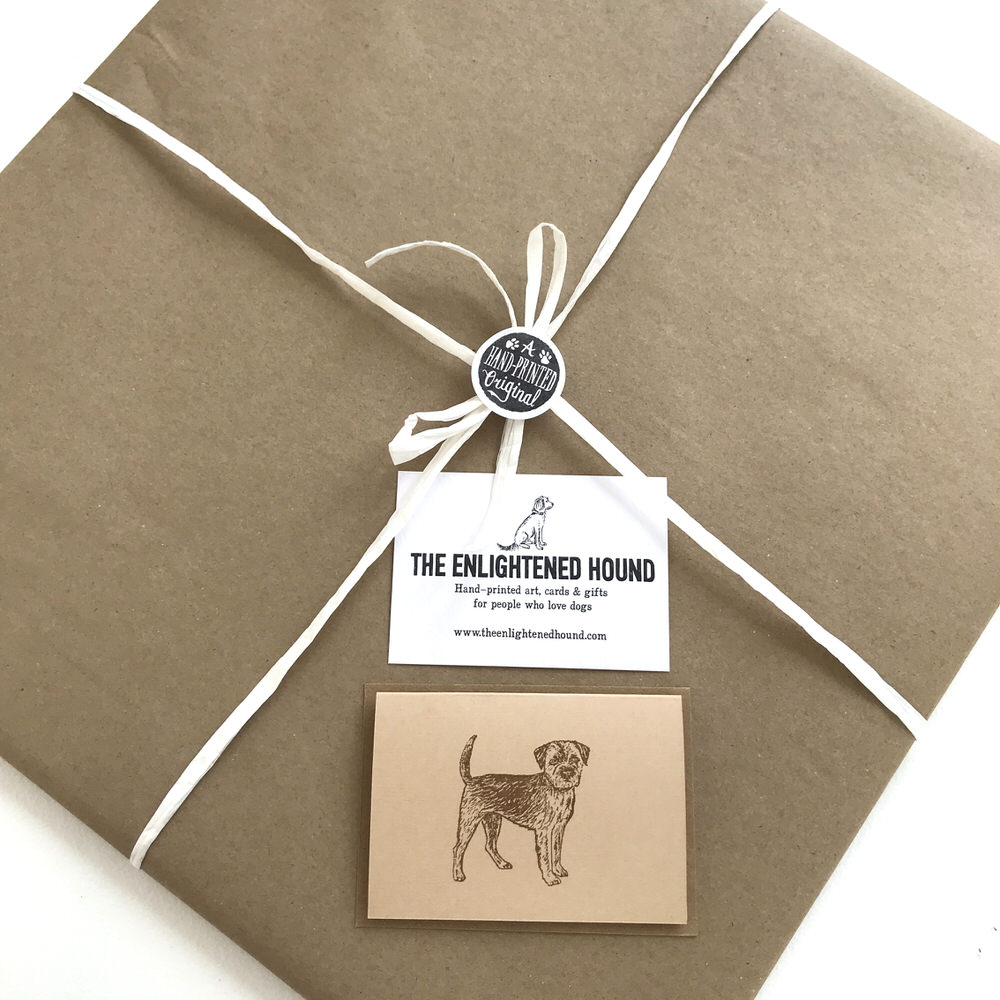 Love the Dog Tag print and the illustration, it shall be put in pride of place next to Wilf our Border Terrier
Stuart (UK)

These rough ‘tweedy’ coated working terriers hail from the area between England and Scotland, historically known as the Scottish Marches, now called the Border Country. It is a dramatic hilly landscape of sweeping valleys, heather moorland and green forests where 18th century farmers and shepherds, in need of some help to control the local fox and vermin population, started breeding Border Terriers.

With its distinctive head shape like a otter and their ‘salt and pepper’ whiskery faces, the Border has won the hearts of many including the pop star Elton John, the tennis player, Andy Murray, the comedian David Walliams and the chairman of the Kennel Club, Professor Dean, who has 12! They have incredible stamina and are game for any challenge. 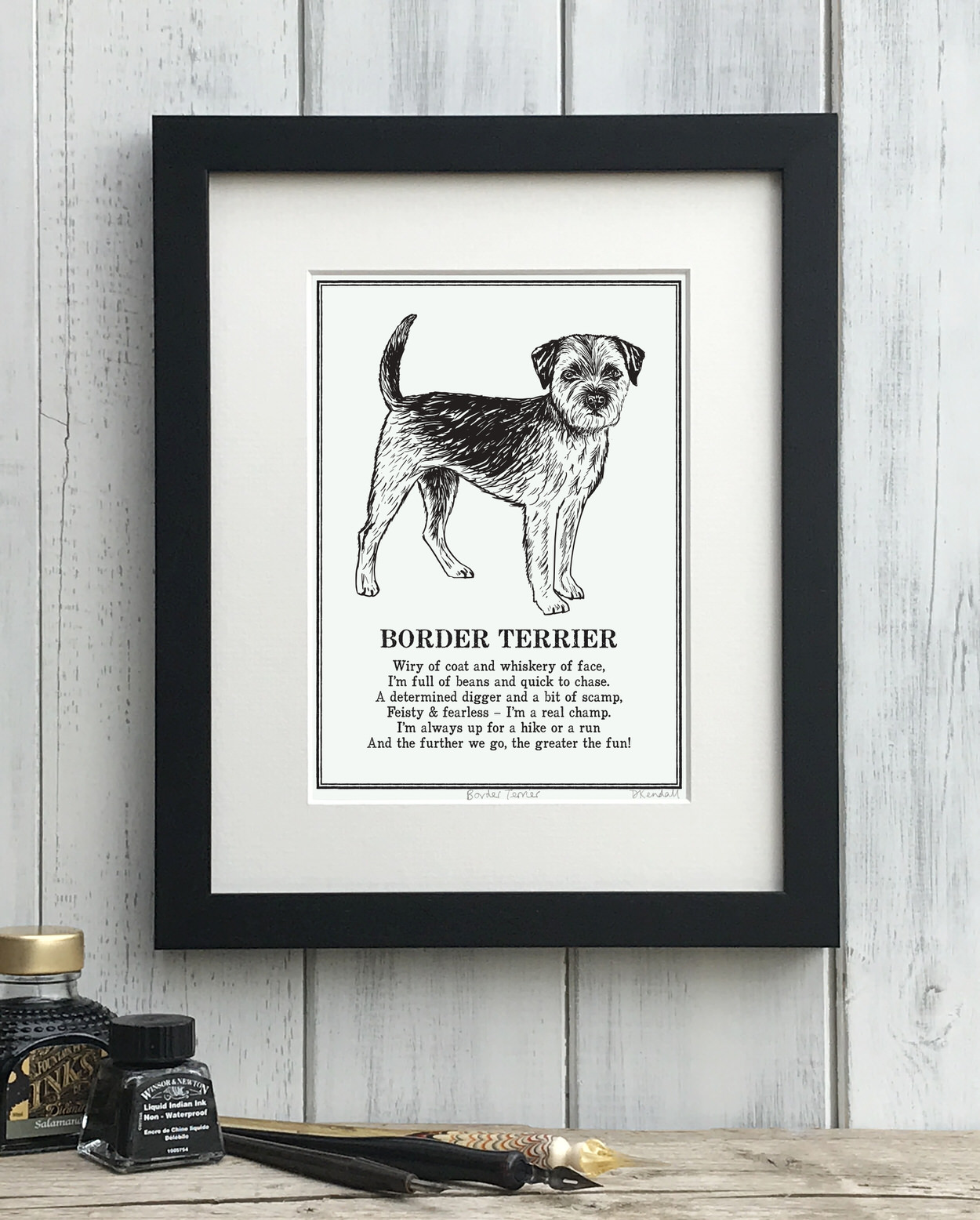 The "Doggerel" series of prints combine illustration with an amusing poem, inspired by my research about each breed and love for all dogs.
From £20